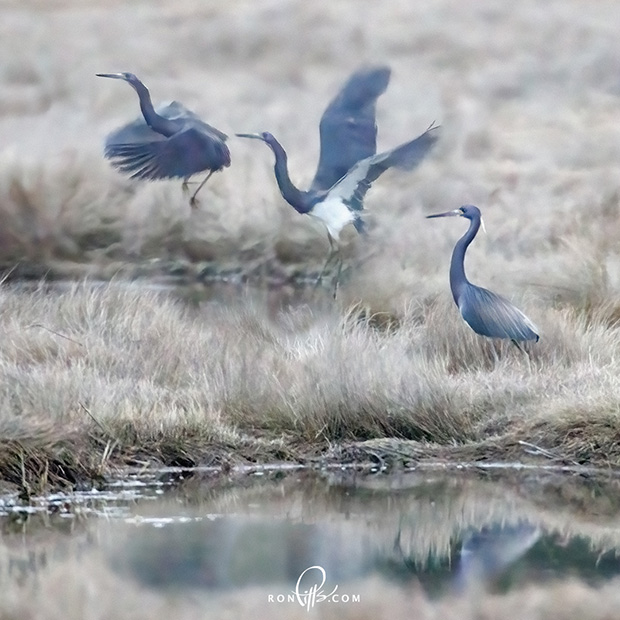 Bio:
Ron’s professional career was in computer animation – four decades of animating and directing, that began in 1980.

Ron moved to Canada midway through that timeline after Nelvana Studios, Toronto, acquired Windlight Studios, Minneapolis, a company that Ron and several colleagues had built to do long-format animation.  Nelvana produces animated series for children’s television such as Miss Spider, Care Bears, and Handy Manny.  Ron was one of the directors of the Nelvana/Disney two-time Emmy Award winning series, Rolie Polie Olie.

His wildlife photography began in 2004. Ron had moved to a home in the Ontario countryside overlooking an acre pond. The water feature attracted an inordinate amount of animals and birds – more than 70 species at one count. After a few frustrating years of seeing all the potential wildlife art that was slipping by, Ron made the leap from point and shoot to big lens photography.

Ron travelled Canada and the US looking for wildlife photo opportunities and eventually settled in Nova Scotia after retiring in 2018.

WebEx Link on the members only page.